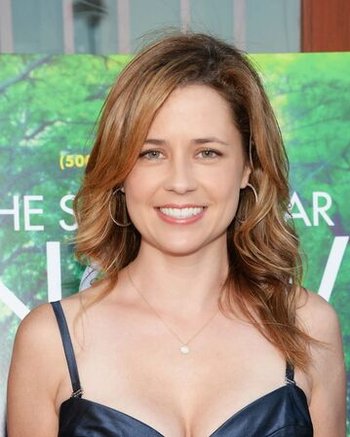 Regina Marie "Jenna" Fischer (born March 7, 1974 in Fort Wayne, Indiana) is an American actress and producer. She is best known for The Office (US), Blades of Glory, and Splitting Up Together.

James Gunn is her ex-husband who produced her only film, LolliLove, starred in Slither, and was hugely instrumental in getting his film Super made (Having the script sent to her The Office (US) Co-Star Rainn Wilson which got production rolling).She has two children with second husband Lee Kirk.