Series / Splitting Up Together 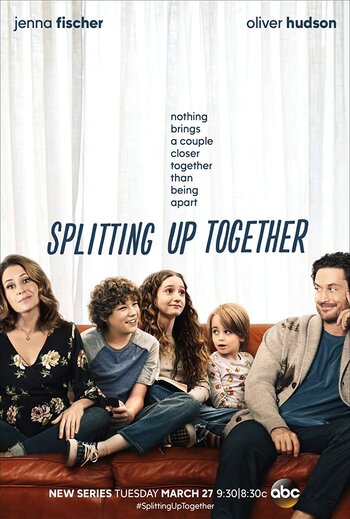 Splitting Up Together is an ABC Dom Com developed by Emily Kapnek and starring Jenna Fischer and Oliver Hudson. It was adapted from the Danish comedy Bedre skilt end aldrig.

A recently divorced couple, Martin and Lena, live “together” on the same property with their three children, Mason, Mae, and Milo. Each week, one parent resides in the main house with the kids and associated responsibilities, while the other lives as a “single” person in the detached garage.