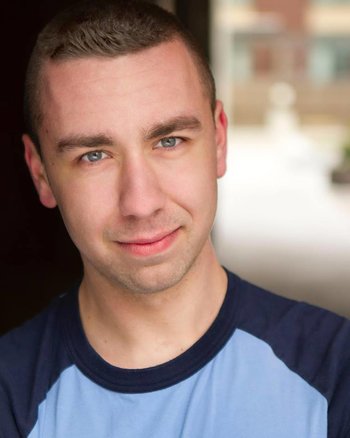 Peter Glen Fenton (1995–) is an American playwright and screenwriter with four stage plays and one screenplay in his growing body of work. He wrote his first play and saw it through to its world premiere in his hometown, Lancaster, Pennsylvania, when he was fourteen years old. Fenton graduated from Wheaton College in 2017. Fenton’s signature style is witty comedic dialogue often embedded in low fantasy or fantasy-adjacent stories.

Works by Peter Fenton with their own pages:

Other Work by Peter Fenton:

Work by Peter Fenton includes examples of these tropes: