Theatre / See Amid The Winter Snow 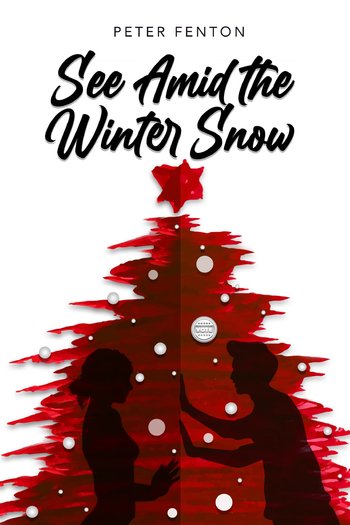 You can go to the meadow and build your own snowman, pretend he’s Parson Brown for all I care.
It is truly wonderful to see you choose to be here for each other and show up for the town we love so dearly, with so much going on in our town, our world — it’s like a blizzard. And yet you’re here — ... I’m moved. You chose to see amid the winter snow and be here, for each other, and the greater good in which we believe.

See Amid the Winter Snow is a family-friendly holiday satire play by Peter Fenton, which saw its world premiere in September 2019 at the Philadelphia Fringe Festival and later saw publication with City Limits Publishing in 2020.

The North Pole is a bustling little city deeply tied to its resident power couple: mega-philanthropist Santa and Mrs. Claus, better known as long-serving mayor Maureen Gaines Claus. A spunky Snowman narrates the love story of Mitchell Claus, head of Public Relations at Santa’s Workshop, and Daisy Scarlett, a village schoolteacher with world-changing dreams. Yuletide pandemonium ensues when Mitchell is named the campaign manager for his mother’s critical re-election campaign at the same time a blackmail scandal breaks in Santa’s Workshop. Mitchell and Daisy’s little world starts to fall apart in a hilarious blizzard of current events as their fight to keep love alive takes the shape of a familiar tale.

See Amid the Winter Snow contains examples of:

SNOWMAN: OK, stop – I think it’s real important to mention that at no point here did Daisy think she was talking to her Granny. I mean – come on. She knew it was the Wolf but she played along to buy a little time to figure out what in God’s green earth she was gonna do about it.

SNOWMAN: No matter when in the year you visit, step out on those city sidewalks — in the air, there’s a feeling of Christmas.
SCHYLER: Here comes Santa Claus, right down Santa Claus Lane. Lean your ear this way: is jolly old Saint Nicholas carrying a dark secret?
MITCHELL: I had them imported from France. Trés bon, no?