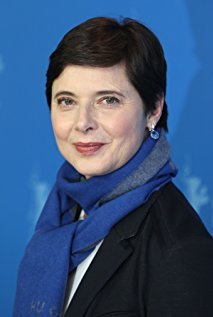 Isabella Fiorella Elettra Giovanna Rossellini (born June 18, 1952 in Rome) is an Italian actress. Her films include Blue Velvet, Death Becomes Her, Big Night, The Saddest Music in the World and Incredibles 2 . Her television career includes the Earthsea miniseries and guest appearances on Tales from the Crypt, The Simpsons, Alias, 30 Rock and The Blacklist.

She is the daughter of director Roberto Rossellini and actress Ingrid Bergman and was once married to Martin Scorsese.

Example of:
Older Than They Look