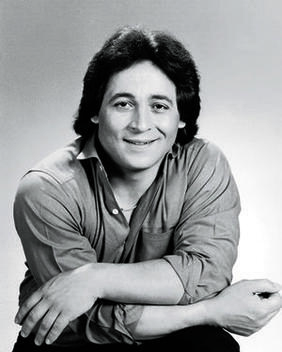 An alumnus of the renowned Second City comedy troupe in Toronto, Tony Rosato is best known appearing as a cast member on both SCTV and Saturday Night Live. He joined the former show during its third and final season in 1980, where his most iconic character was the notoriously drunk TV chef Marcello Sebastiani. He joined the latter series for its 1981-1982 season, but only stayed on for a single season due to differences with executive producer Dick Ebersol and an expired contract. He has gone down as the only SNL and SCTV actor not to be born in either Canada or the United States, as well as one of only three SCTV actors to appear on SNL, alongside Robin Duke and Martin Short. And despite his short tenures on those shows, he proved memorable with such iconic characters as Captain Kangaroo, as well as excellent impressions of celebrities like Ed Asner and Lou Costello.

Outside of SCTV and SNL, Tony Rosato made quite a number of appearances on scripted film and television. In particular, he had a decent career in voice acting, most notably succeeding Danny Wells as the voice of Luigi in the Super Mario Bros. cartoons, as well as voicing Dario Rosso and the titular creature of Resident Evil 3: Nemesis.

Tony Rosato was married to Leah Murray and they had one child. Sadly, their relationship was marred with all kinds of troubles caused by Rosato suffering from deteriorating mental health that threatened the safety of his wife and daughter. He was arrested on May 5, 2005, and spent some time in prison after refusing to plead insanity. The couple divorced in 2010. Despite the legal troubles, he did manage to find work afterwards.

Tony Rosato died in 2017 at the age of 62 from a heart attack. Saturday Night Live paid tribute to him at the end of its January 14, 2017 episode. Additionally, a reanimated collaboration video of the now-memetic Super Mario World episode "Mama Luigi" uploaded onto Youtube on August 29, 2017 was dedicated to him, as well as King Koopa's voice actor Harvey Atkin (who died July 17, 2017).