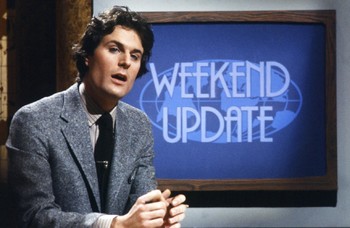 Charles Rocket (born Charles Adams Claverie; August 28, 1949- October 7, 2005) was an American actor, comedian, musician, and tv news reporter. He was a cast member for season 6 of Saturday Night Live (1980-81) and went on to enjoy a long career as a character actor, with roles in such films as Dumb and Dumber and Hocus Pocus.

He was married Beth Crellin and they had one child.