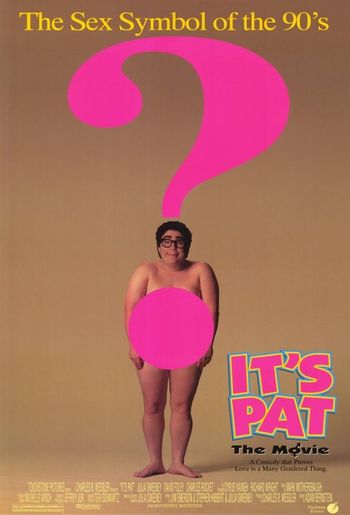 It's Pat! is one of many Saturday Night Live spin-off movies. This one, released in 1994, features Pat Riley (Julia Sweeney), and as in the sketches, revolves around the fact that nobody can tell whether Pat is a man or woman. Among them is Pat's neighbor Kyle (Charles Rocket), who obsesses over Pat's gender to the point of stalking. In addition to that plot and various scenes with characters wanting to know what Pat is, the movie also involves Pat's struggling relationship with Chris (Dave Foley), desire to be famous, and difficulty holding on to a job.