Western Animation / Fly Me to the Moon 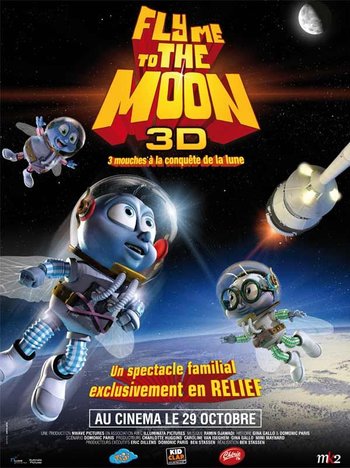 Fly Me to the Moon is an animated European film created by Summit Entertainment and N-Wave Entertainment in 2008. It started out as a 4-D Ride in various theme parks. It's about three flies named I.Q., Nat, and Scooter stowing away on a flight to space, after hearing about space flight Apollo 11 launching to the moon. Unfortunately, some Russian flies are trying to sabotage the launch because they can't stand the idea of Americans reaching the moon before Russians do.