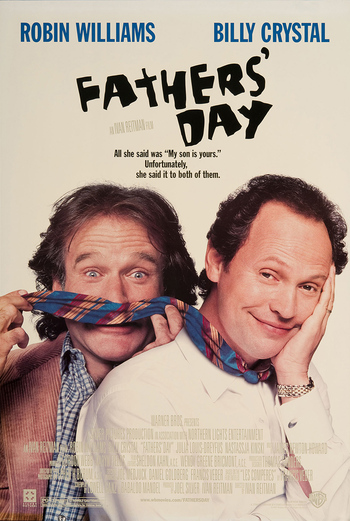 A 1997 American comedy film directed by Ivan Reitman, that has Collette Andrews (Nastassja Kinski) conning her two ex-boyfriends lawyer Jack Lawrence (Billy Crystal) and writer Dale Putley (Robin Williams) into looking for her 16-year-old son Scott (Charlie Hofheimer) after he ran away from home by claiming they are both his biological father.