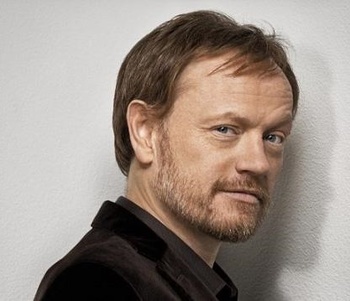 "I think you always learn something in every character you play onstage, either personally or creatively."
Advertisement:

A son of the legendary Richard Harris, he's known as a staunchly reliable and versatile character actor.

Tropes & Trivia in his career: