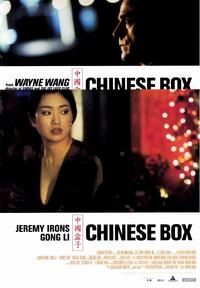 Chinese Box is a 1997 film starring Gong Li, Jeremy Irons and Maggie Cheung, which takes place during the Chinese takeover in Hong Kong.