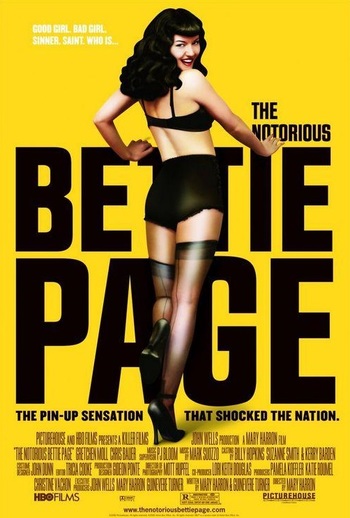 "I'm not ashamed. Adam and Eve were naked in the Garden of Eden, weren't they? When they sinned, they put on clothes."
—Bettie
Advertisement:

The Notorious Bettie Page is a 2005 biographical movie of the Fifties pin-up and centrefold Bettie Page. It was directed by Mary Harron and starred Gretchen Mol as the eponymous character. The screenplay was co-written by Harron and Guinevere Turner, the latter of whom was also the screenwriter for American Psycho.