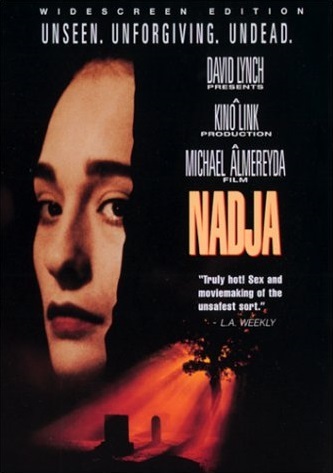 Nadja is a 1994 film written and directed by Michael Almereyda.
Advertisement:

The film opens in present-day New York. Professor Van Helsing (Peter Fonda) has at last succeeded in killing Dracula. Dracula's daughter, Nadja (Elina Löwensohn), comes to New York to reclaim her father's body, to check in on her twin brother Edgar (Jared Harris), and to try and figure out what to do with herself now that her domineering father is gone. Van Helsing, discovering that Dracula's body has gone missing, sets out in pursuit, with the reluctant assistance of his nephew Jim (Martin Donovan).