Film / How to Kill Your Neighbor's Dog 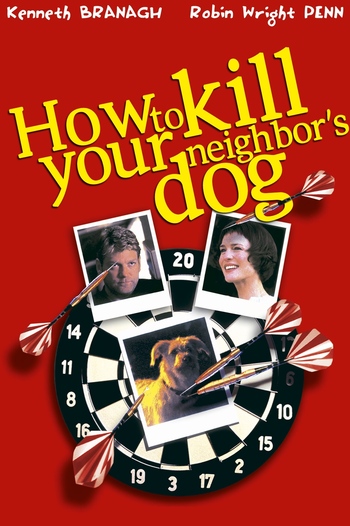 A 2000 Black Comedy film written and directed by Michael Kalesniko that follows a cranky, chain smoking British playwright (Kenneth Branagh) living in Los Angeles. Following a decade of flops, he is working on his latest play while his wife (Robin Wright Penn) is determined to have a baby.

While all this is happening, he starts bonding with a neighbor's daughter (Suzi Hofrichter) with mild cerberal palsy and befriends his Doppelgänger (Jared Harris) who claims to be Peter McGown.

It was first released on September 16, 2000 in Toronto and then in the United States on February 22, 2002 on limited release.