Film / I Don't Know How She Does It 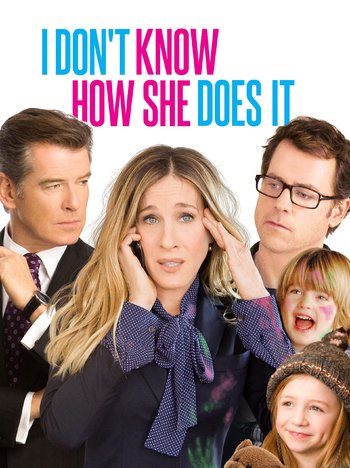 I Don't Know How She Does It is a 2011 film directed by Douglas Mc Grath, starring Sarah Jessica Parker as a working mother who is trying to maintain her career, her family and her marriage to Richard (Greg Kinnear). She tries to be there for family, trying to impress her boss (Pierce Brosnan).