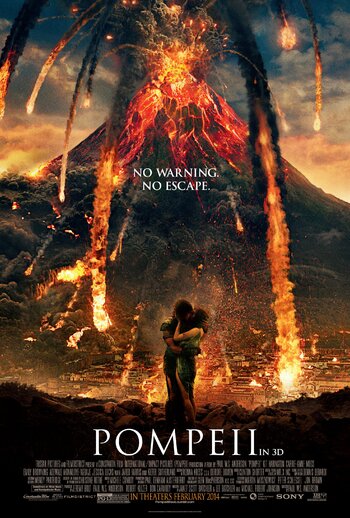 A City Will Fall, A Hero Will Rise.
Advertisement:

At the time of the early Roman Empire in 79 AD, a young slave gladiator, Milo, is the last surviving member of a village of Celts escaping death, only to find captivity. When he finds himself in Pompeii, he strikes up a romance with Lady Cassia, and finds himself caught up tangentially in a whirlwind of politics, romance, and violence... only for it all to be interrupted with the eruption of a nearby volcano, the Vesuvius.