Literature / The Perks of Being a Wallflower 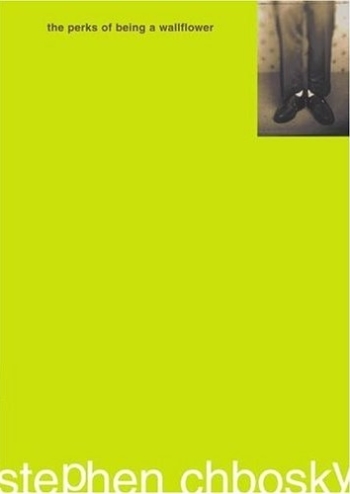 "We accept the love we think we deserve."
"And in that moment, I swear we were infinite."
— The book's most famous quote
Advertisement:

The first (and, for almost twenty years, only) work by Stephen Chbosky, The Perks of Being a Wallflower is a young adult coming-of-age epistolary novel first published in 1999.

The narrator, 16-year-old Charlie, is just starting high school as a freshman, having been held back a couple of years due to past emotional trauma and subsequent hospitalization. The novel primarily concerns Charlie's adventures in the '91-'92 school year, and is written as a collection of letters Charlie is writing to a friend-of-a-friend who he was told would be a good listener.

Charlie, who doesn't excel at much except reading, seems to be off to a bad start before two seniors, step-siblings Patrick and Sam, take him under their wing. And so begins Charlie's adventures into school, literature, dating, Sex, Drugs and Rock & Roll, teen pregnancy, suicide, and The Rocky Horror Picture Show.

The book was well-received and essentially the literary version of a Killer App for its publisher, the newly-launched MTV Books. It has drawn comparisons to The Catcher in the Rye, primarily for being a no-punches-pulled look at high school and for having a first-person narrator. It also placed 6th on 2008's List Of Most Frequently Banned Books, for similar reasons.

The Film of the Book was released in September 2012, written and directed by Chbosky himself. Logan Lerman, Emma Watson, and Ezra Miller play Charlie, Sam, and Patrick respectively.

Alternative Title(s): The Perks Of Being A Wallflower