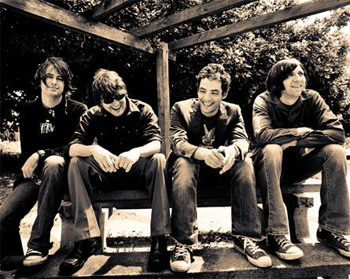 Jakob Dylan, being the son of Bob Dylan, started the band in 1989. Looking to write classic Blues Rock with a modern edge to it, the band worked hard on songwriting for their first 3 years. Their self titled album was released in 1992, and went largely ignored at the time of its release due to the rise of Grunge. The album was also met with lukewarm reviews, most critics saying that Jakob was trying to be too much like his father.

They spent the next year trying to support the album, but Jakob's refusal to advertise himself as Bob Dylan's son and Virgin Records' failure to properly promote the album caused the band to have a fallout. They left Virgin and dropped most of the original lineup and signed to Interscope Records for their second album Bringing Down The Horse. This time, the band focused on a more edgy sound, straying away from the casual roots-rock formulas on their first album. This time, it was a commercial success. It went 4x platinum, and the songs "One Headlight" and "6th Avenue Heartache" were both chart toppers. The critical response was also MUCH more welcoming, with most publications giving the album a near-perfect rating.

They took a short break and then started recording again. They contributed a David Bowie cover with the song "Heroes" to the 1998 American Godzilla movie, that earned them a Grammy. They released (Breach) in 2000 to even more critical acclaim. This is often considered to be their best work, but it was mostly a commercial flop. Allmusic critic Stephen Thomas Erlewine theorises that this may have been due to the release of OK Computer in 1997 and the influence of Trip Hop outfits like Massive Attack and Portishead; the straight-ahead rock music the Wallflowers performed was now considered distinctly unhip. Many of the band's influences, including R.E.M. and U2, and contemporaries, including Oasis, felt it was necessary to experiment with Electronic Music during this time period, regardless of how ill-suited it was for their sound, but the Wallflowers stuck to their guns and kept performing rock and roll.

Desperate for another hit, the band didn't take long to record their third album, Red Letter Days. Released in 2002, the album became an indie hit, but failed to chart high. The critical reception was also diminished, once again receiving lukewarm reviews (the album's glossier production tended to be a point of criticism).

Then in 2005, they released Rebel, Sweetheart to more positive reviews, but even poorer sales. Exhausted, the band went on hiatus for six years. During this time, Jakob Dylan pursued a mostly successful solo career, releasing the folk-influenced Seeing Things and the alternative country album Women + Country to critical acclaim. They reunited in November 2011, and released their sixth studio album, Glad All Over, in September 2012, once again to critical acclaim. They have toured extensively since then.

The band has its own webpage, which can be found here

"Bringing Down The Tropes":