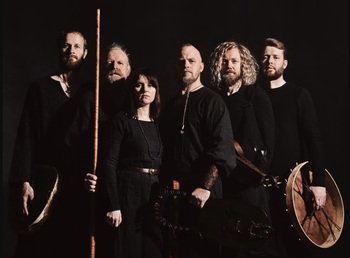 Wardruna (meaning "The Guardian of Secrets" or "She Who Whispers" in Old Norse) is a Norwegian Ambient / Dark Folk / Neo-Pagan folk music group formed in 2003 by Einar Selvik, Gaahl (of Gorgoroth fame) and Lindy Fay Hella.

They haven't gone unnoticed among creators of modern fiction set in The Viking Age, as they participated to the soundtracks of the likes of Vikings and Assassin's Creed: Valhalla.