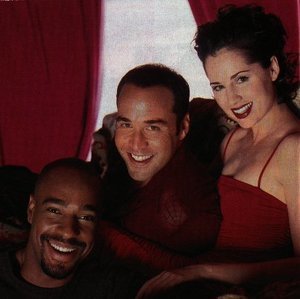 Cupid was a romantic Dramedy series that aired for one season in 1998 on ABC, by Rob Thomas, who also worked on Dawson's Creek and later created Veronica Mars.

The show's premise was simple. Trevor was an outpatient who had to keep seeing his psychiatrist, Dr. Allen, for treatment of his delusion: that he believes himself to be the Cupid, Roman god of love, kicked off Olympus and stripped of his godly powers by Zeus for slacking off on his duties (which is why mortals have such a high divorce rate). Trevor cannot return home to Olympus until he has made one hundred lasting romantic pairings. Claire works with him on recovering from this delusion — only the show never makes it clear: is Trevor just a deluded romantic, or is he really who he says he is? We don't know; but one thing is certain: Trevor is a really gifted matchmaker and an incurable romantic.

Trevor works as a bartender, along with his friend Champ, the better to be in position to find lonely singles and make those matches.

After it screwed him the first time, ABC agreed, an incredible decade after the demise of the original show, to revisit the idea and give the show another season with a brand new cast. 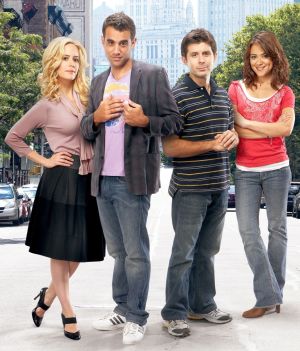 Cupid (2009), now starring Bobby Cannavale as Trevor Pierce and Sarah Paulson as Claire McCrae, premiered on ABC on March 31. So far, besides the name and casting changes, the big differences are that the series is set in New York City instead of Chicago, Champ has been split into Felix Araiza and his sister Lita, and the Irish pub/performance space Trevor slings drinks at is now an adult movie theater turned Mariachi-Karaoke bar.

There's also a freeware game of the same name. It's totally unrelated.
Advertisement: