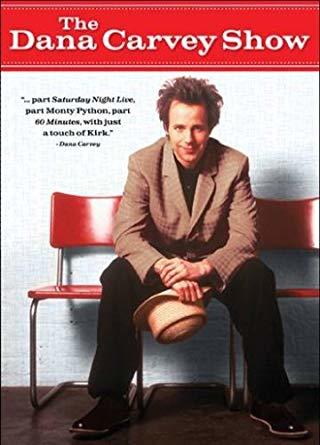 "From the ABC Broadcast Center in New York, it's the TV Tropes Dana Carvey Show!"
Advertisement:

The Dana Carvey Show ran for eight episodes, seven of which originally aired on ABC in 1996. The short-lived sketch comedy helped launch the careers of Steve Carell and Stephen Colbert, while also introducing television audiences to The Ambiguously Gay Duo, which would later achieve fame on Saturday Night Live.

The TV Tropes Dana Carvey Show would like to present "trope examples":