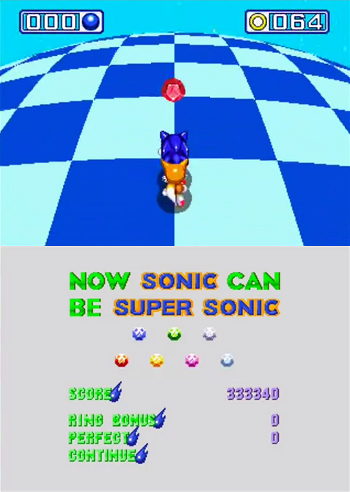 Video games have Bonus Stages that shower the hero with points and lives, but some games go further, and place optional Mac Guffins deep into their bonus stages. The reward for the player that hunts them all down is often a Golden Ending or other reward, but the game can be completed without them.

In a few rare instances, the Bonus Stage Collectables are actually hidden within the basic levels.

Most popular with side-scrollers on the 16-bit era, particularly on the Sega Genesis/Mega Drive which had battery save on far fewer games.

Sub-Trope of Gotta Catch Them All, which is a Sub Trope of Plot Coupon.

Examples where they can be Permanently Missable:

Examples where bonus rounds can be replayed infinitely: