Western Animation / Scooby-Doo! and the Curse of the 13th Ghost 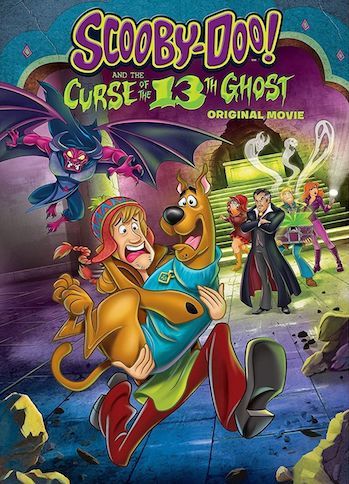 A secret has returned from the past!
Advertisement:

Scooby-Doo! and the Curse of the 13th Ghost is the 29th movie in the Scooby-Doo direct-to-DVD movie lineup released on February 5, 2019, and serves as a continuation of The 13 Ghosts of Scooby-Doo. After one of their investigations results in the harassment of an innocent man, Mystery Incorporated is forced into retirement. While selling their inventory at a garage sale, a crystal orb belonging to Shaggy and Scooby is found in their belongings — and Vincent Van Ghoul has been trying to contact them for the last several months! He urges the Gang to come to the Himalayas to deal with a threat that has gone unresolved for a long time — the thirteenth ghost of the Cursed Chest of Demons.

Here is the trailer.

Tropes Associated with the Movie: