Anime / The Brave of Gold: Goldran 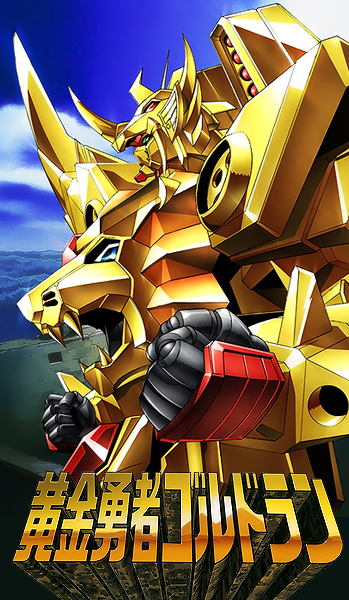 The Brave of Gold: Goldran is a Japanese anime television series that aired in 1995 through 1996, created by Sunrise. The sixth in the Brave Series, Goldran follows the adventures of three young boys, Takuya, Dai, and Kazuki, who are tasked with finding 8 robot fighters, or Braves, that are sleeping in the form of large gems called Power Stones. Their enemy is the flamboyant and thoroughly incompetent Prince Walter Walzac and his henchmen, and later, Serious Walzac, Walter's younger brother.

The show focuses more on comedy than plot, particularly in the beginning, and gradually works its way up towards drama starting with the introduction of Walter's younger brother Serious... then pretty much immediately goes back to cranking up the funny whenever it doesn't get in the way of the adventuring storyline.

These are the following tropes: