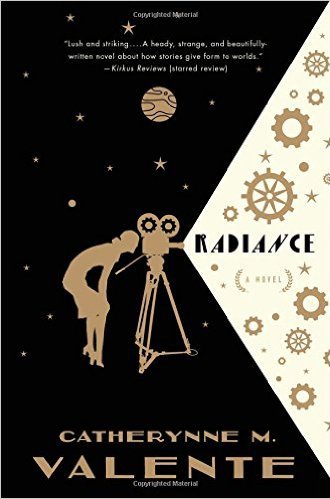 Endings are lush and lascivious, Vince; they call to me. All spread out on satin inevitabilities, waiting, beckoning, promising impossibly, obscenely elegant solutions-if you've been a good lad and dressed the house just so, for its comfort, for its arousal. All the rest of the nonsense a story requires is must a long seduction of the ending.

Taking place in an Alternate Universe where space travel and colonization on other planets are an everyday part of life by 1986, the story tells about Severin Unck, the adopted daughter of a famous Gothic filmmaker. Severin herself made a name for herself filming documentaries until she vanished without a trace while doing a film about a lost colony on Venus. What follows is a series of documents, transcripts, letters, diary entries, and newspaper columns, all detailing Severin's life from her childhood to her disappearance as well as the lives of those closest to her.