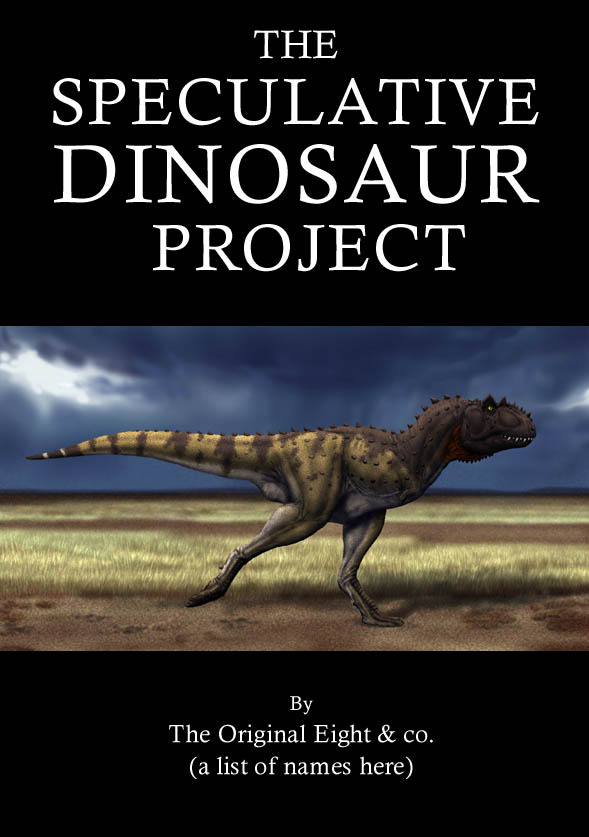 A mock-up for if it were a book.

Spec World, or the Speculative Dinosaur Project, is a massive, massive world-building work in progress. It's basically an attempt to imagine how the world would be if the K/Pg Extinction Event hadn't happened 65 million years ago as seen from the perspective of dimension-hopping explorers and scientists from our world ("Home-Earth").

The best thing you can do is just start reading

.note The project has been jumping around for the better part of a decade, to put it mildly. You may see the original incarnation here

, but use it only for nostalgic purposes, as a lot has changed. The current version can be found on the Speculative Evolution Wiki.

The project has stalled out since 2008 (mostly due to unexpected discoveries in paleontology that made many of the concepts outdated) and there are many lost illustrations and broken links. But the imagination, wonderful creature designs, good biology (hallelujah!) and offbeat humor more than make up for it.

The project isn't entirely dead, as the Yahoo club

shows. Also, some DA pictures from the staff like this

suggest that, once the main site is updated, things will get very interesting... (A summary including some of the new ideas can be found here