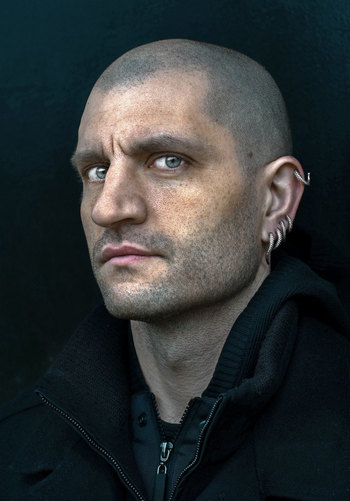 China Miéville, an English writer born in 1972, is best known for his New Weird work, much of which has won or been nominated for the Arthur C. Clarke Award or the World Fantasy Award.

He purposefully avoids writing Tolkien-style fantasy, preferring to invent his own sorts of worlds and fantasy creatures. This has made him a leading figure in the New Weird movement. He used to be a huge Dungeons & Dragons fan, and occasionally references it in his works.

As well as his prose work, he scripted Dial H, a Darker and Edgier reworking of DC Comics comic book Dial H for Hero, which lasted 16 issues.

He has a doctorate in international law from the London School of Economics.