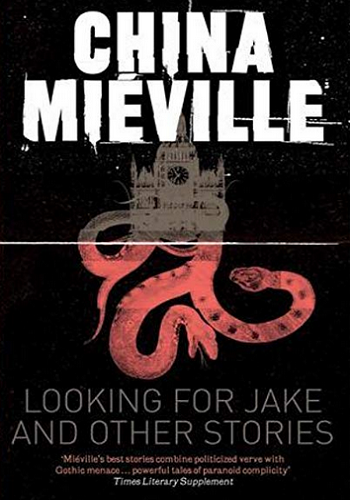 First published in 2005, Looking for Jake and Other Stories as its full title states, is an anthology of stories written or co-written by famous New Weird author China Miéville. These stories run the gamut from Urban Fantasy, to Satire, to Surrealist Cosmic Horror and everything in between, all tied together by their setting, the city of London.
Advertisement:

Of these eleven short stories, three had never been published before. One story, "Jack" is set Mieville's Bas-Lag Cycle. These stories have a strong political slant to them, and are typical of Mieville's dark style of writing. Compare with Mieville's other anthology; Three Moments of an Explosion.

Looking For Jake provides examples of the following tropes: