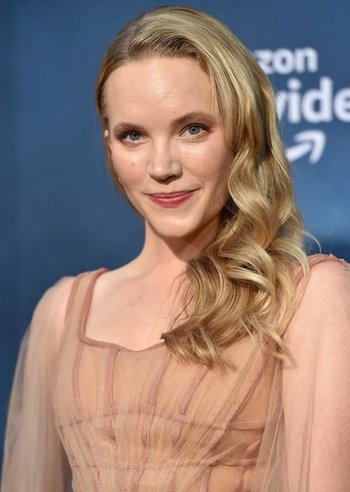 Tamzin Merchant (born 4 March 1987, in Sussex, England), is an English actress. She's perhaps best known for portraying Katherine Howard, fifth wife of Henry VIII, in The Tudors. Her other notable roles include Georgiana Darcy in Pride & Prejudice (2005), Anne Hale in Salem and Imogen Spurnrose in Carnival Row. She portrayed Daenerys Targaryen in the original pilot for Game of Thrones, though she was replaced by Emilia Clarke for the series proper. Besides acting, she's also written and published poetry, and has written a fantasy novel, The Hatmakers, published in February 2021.