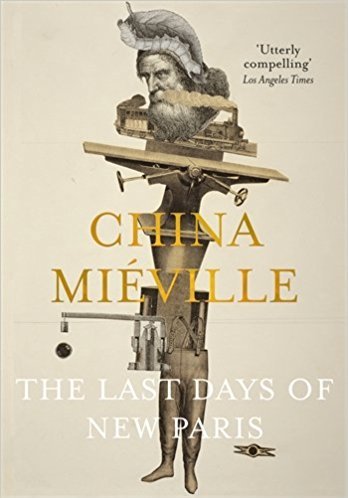 The Last Days of New Paris is a 2016 New Weird novella written by China Miéville. The story is informed and inspired by Surrealist art and artists of the mid-twentieth century. It is set in a bizarre alternate-reality Paris, which has been split off by a mysterious magical event called the "S-Blast" during the German occupation of World War II. This event somehow gave magical life to art—especially surrealist art—which turns into strange creatures called "manifs". In response the Germans have summoned demons to help them fight the art, the artists, and the rest of the resistance.

The story is told in two alternating timelines. In 1950, an artist named Thibaut is using the magical power of surrealist art to protect himself and confound the German occupiers, when he meets an odd female journalist named Sam who claims to be documenting the strange events in New Paris. In 1941 (before the S-Blast), real-life American rocket scientist and occultist Jack Parsons is in occupied Paris looking for the surrealist artist Ithell Colquhoun.