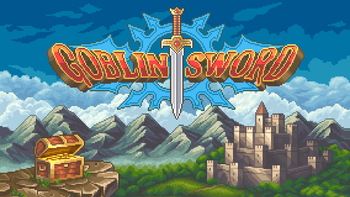 A blue-haired swordsman is called to an elder's home, where he learns that the wizard Thordus has found the legendary Goblin Sword, a weapon forged by Goblin Lords, and thought to have been lost forever. With it, Thordus plans to unleash darkness upon the land, his forces marching even now.

The elder tells the swordsman that he must fight back against Thordus and his forces, and save the land. So, his quest in mind, the swordsman sets off.