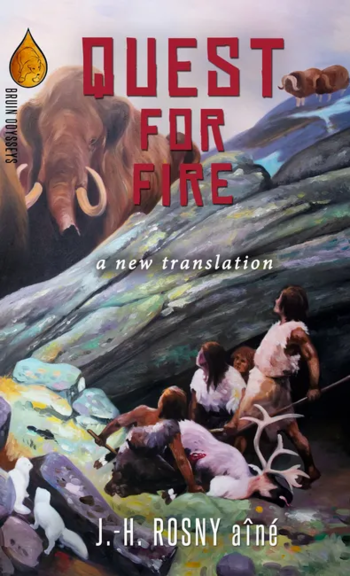 Cover of the 2020 English translation.
Advertisement:

Somewhere in Eurasia around 100,000 years ago, the Oulhamr horde have lost their precious fire in a raid. Not knowing the secret of fire-starting, they send three warriors (Naoh, Nam and Gaw) on the titular quest. Along the way, they encounter fierce beasts and fiercer men.

The novel is notable for predicting the coexistence of multiple human species inhabiting the earth at the same time during the Pleistocene long before this was known to be the case with some of the speculative races strongly resembling later discovered species.

Was famously adapted into a film of the same name in 1981. The film is not a faithful adaptation but is considered a classic in its own right.

Quest for Fire provides examples of the following tropes: