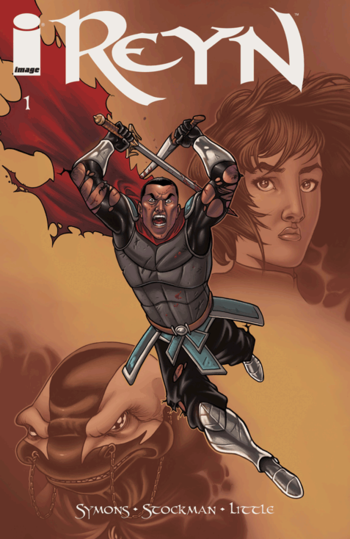 Reyn is a comic book published in 2015 by Image Comics and written by Kel Symons, with Nate Stockman as the illustrator.

Following the events of the Great Cataclysm, a "noble" swordsman named Reyn wanders around the lands of Fate helping those in need. But when Reyn encounters a sorceress named Seph and attracts the Venn, Reyn and Seph soon find themselves on a quest to defeat the Venn and discovery the secrets that Fate holds.