Video Game / The Curse of Issyos 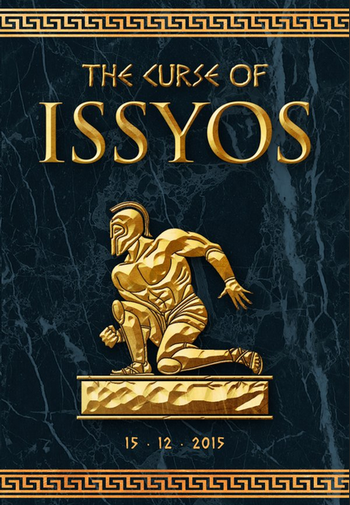 The Curse of Issyos Is the latest game to be released by Spanish developer Locomalito on December 15, 2015. It is an Action Game based on Greek Classical Mythology and made to resemble NES games from the 80s, particularly Castlevania, Ninja Gaiden and Zelda II.
Advertisement:

Defkalion was a fisherman who was sailing the seas one day when he heard the voice of the goddess Athena, who told him that his home island, Issyos, has been cursed by the Colossus and will sink into the ocean soon. He sails back home immediately to rescue his daughter, who is the only family he has left.