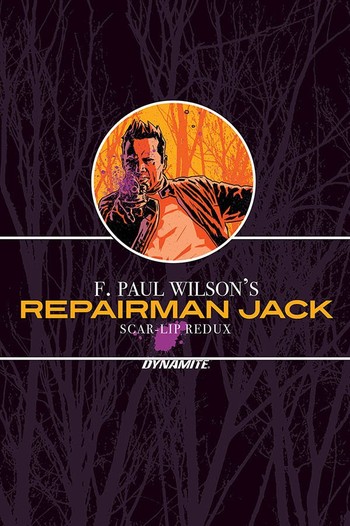 The Repairman Jack novels are a series spun off from the Nightworld novels (AKA The Adversary Cycle) by F. Paul Wilson.

Repairman Jack is a self-styled "fix-it" man, although the more accurate description would be that of a "moral mercenary" — working underground to help people with problems who have no one else to call on. Of course, these cases are rarely simple, as Jack frequently finds himself having to deal with more fantastic threats and issues with nothing but his own cunning and skills. And all the while he has to keep his true identity and his work on the down low, hidden from actual authorities.

A trilogy has been announced which will cover Jack's life between the Young Adult novels and The Tomb: