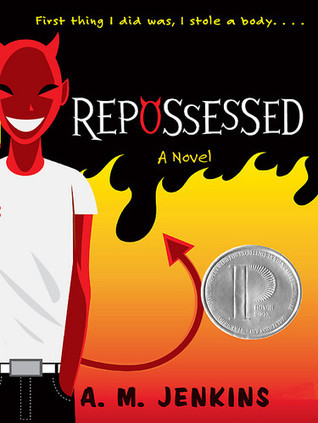 Repossessed is the 2008 novel by AM Jenkins about a Fallen Angel from Hell named Kiriel who, sick of tormenting the damned, wants a taste of what it is like to be human. Breaking protocol and leaving Hell, Kiriel takes possession of ordinary teenager Shaun to see what it's like.
Advertisement:

Has no direct relation to the 1990 film of the same name, although they are both comedies that involve possession.