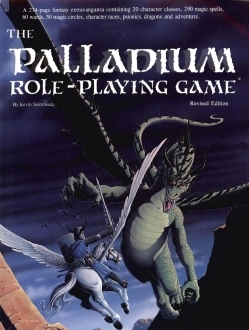 A Tabletop RPG by Palladium Books first published in 1983.

There's also over fifteen follow-up books that flesh out the basic setting, surpassing even some D&D settings in scope.