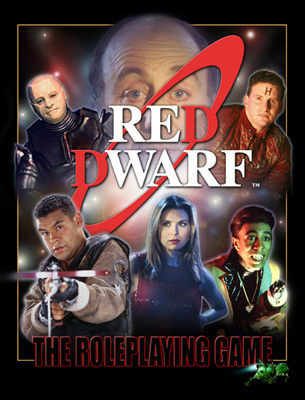 Red Dwarf: The Role-playing Game is a tabletop game released in 2003 by Deep7 Publishing.

Like most tabletop roleplaying games, Red Dwarf encourages players to create a character from a variety of races and assign them skills and traits. The skills themselves have specialisations, which explains, for example, that Lister can cook in general to a certain extent, but is greater at it when cooking Indian food. The Dungeon Master role is played as a ship's AI in the vein of Holly from the original series. The game is notable for having a humorous sourcebook written in a way that fits with the source material.