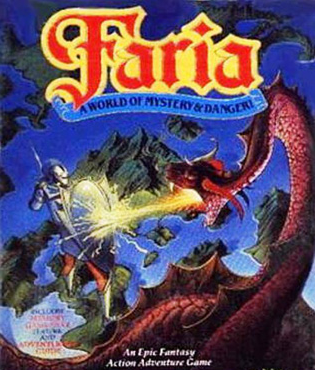 Faria is a fantasy Action RPG for the Nintendo Entertainment System developed by Game Arts. It was published in Japan in 1989 by Hi-Score Media Work and brought to the US in 1991 by Nexoft with The Foreign Subtitle A World of Mystery & Danger!.

Long ago, the Kingdom of Faria was saved by magical means from a cruel Wizard, and its security rested within the Legendary Sword and set of scrolls kept in royal hands for generations. But troubling signs have recently appeared, and the King's daughter has been kidnapped.

You play as a foreign warrior and hasten to his aid, but all is not what it seems.