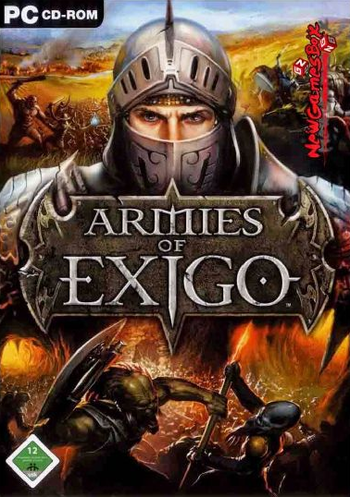 A Real-Time Strategy Game released by Black Hole Entertainment in November, 2004, notable for its use of underground terrain, and thusly, dual-layered maps. Due to its rather generic style of gameplay it was not a financial success, despite the technical beauty of its graphics. The game dealt with the conflict between three main factions: The Empire, The Beasts, and The Fallen.
Advertisement:

Seventy years before the game's opening, a longstanding peace was shattered by an event that came to be known as The Rage. Hordes of Beastmen and their allies poured into the Human, Elf, and Gnome-run Empire, nearly destroying it, and crippling their own forces in the process. Seven decades later, the wounds have yet to fully heal. The Empire has only recently begun to rebuild itself while The Beasts, disunited and fractious, have slowly reunited under the leadership of Tyron Son of Gral, a battered war veteran who wishes to recreate the confederation of tribes that existed during The Rage, and exterminate the Humans, Elves, and Gnomes who humiliated his clansmen. In the meantime, a new threat has emerged, crawling out from the bowels of the earth. Hoping to take advantage of the discord between The Empire and The Beasts, The Fallen—an alliance of Deep Elves, extradimensional invaders, and big bugs—have come out of hiding and seek to overrun the world. The race is on to see who will dominate the future of the world of Noran...and who will be removed from play altogether.

Tropes appearing in this game include: