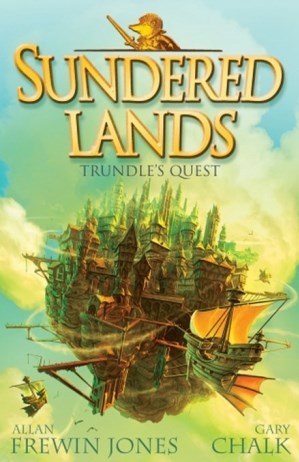 Sundered Lands (also known as The Six Crowns in America) is a series of Fantasy children's books written by Allan Frewin Jones, with illustrations provided by Gary Chalk.

In the Shattered World of the Sundered Lands, Trundle Boldoak lives a complacent life on the floating isle of Shiverstones. When he's approached by a mysterious princess named Esmeralda Lightfoot, who tells him she needs him to fulfill a prophecy, Trundle initially ignores her requests to go along with her. But when a crew of pirates attack and pillage Shiverstones, Trundle decides to flee alongside Esmeralda in hopes of escaping their wrath. The duo soon find themselves going through a series of adventures throughout the Sundered Lands as they try to find six magical crowns.

The series is comprised of six books, which are: