Literature / Out of Position 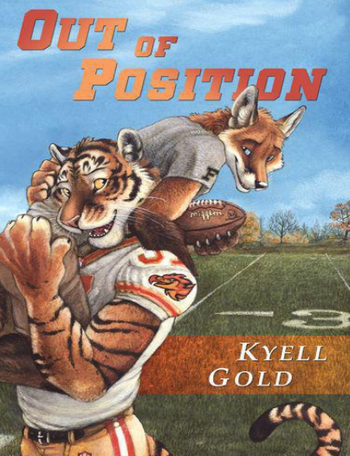 The titular Dev and Lee
Advertisement:

Out of Position is a furry erotic novel by Kyell Gold. It takes place in the Forester Universe, in a country that is analogous to the United States. The novel focuses on a romance between Wiley "Lee" Farrel, a red fox and gay rights activist, and Devlin Miski, a tiger who plays football. The first half of the novel is set at Forrester University. Devlin Miski is a cornerback on the University football team. One night, he has a one-night stand with a vixen. As they are about to have sex, he finds out that the vixen is actually male.

In July 2017, a side-story compilation, Tales of the Firebirds, was released, and in November 2018, Ty Game was released, focusing on Dev's friend and teammate Ty.