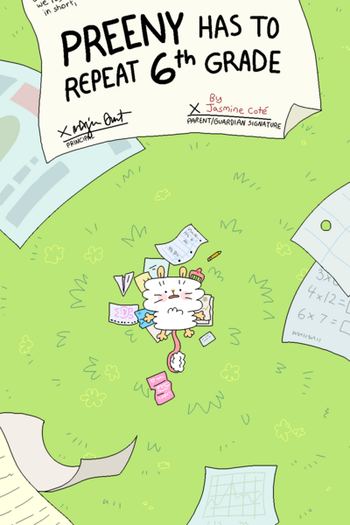 Preeny Has to Repeat 6th Grade

is a Fantasy Action Comedy webcomic created by Jasmine Cote (AKA Momodriller) and hosted on Tapas. Notably, the majority of its cast were originally created by other (mostly young) artists, who were paid for their "adoptables" and are properly credited.

Preeny is a young cat with a magical brush-like tail. She's all ready for her first day of 6th grade, until she's approached by a mysterious wolf on a mission...