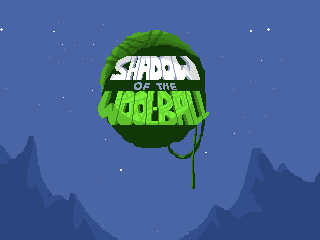 Oh crap! An evil, curtain-scratching and hairball-vomiting force from outer space has arrived on your peaceful home planet!
They captured you and all your friends, built ugly factories everywhere and littered the landscapes with cat hair and poop.
And on top of that, they took that one girl you just got together with onto one of their ships, which is heading towards outer space!
Do you have the balls of wool to pack your guns, escape from your prison, and go on a journey through space to free your world from this abomination?
Advertisement:

Shadow of the Wool Ball is a Game Mod for Doom, created by MSPaintR0cks and released in 2016. Exchanging Doom's gritty blood-soaked infernal landscapes for a brighter and cheerier (although still quite brutal) World of Funny Animals, it stars Scott, a brave hedgehog who guns his way through eighteen levels across three episodes in order to rescue his girlfriend Rebecca from evil cat invaders.note The characters' names aren't revealed until the sequel. In design, the mod is a throwback to Wolfenstein 3-D-styled flat levels, although enriched with a variety of scripted sequences and platform game-styled threats.

A sequel, Rise of the Wool Ball

, was released in 2017. This time, the player controls Rebecca, who must rescue Scott after he was kidnapped by the kitties in revenge for maiming their leader. This time, the mod's design is a throwback to Rise of the Triad.

Shadow of the Wool Ball shows examples of:

Rise of the Wool Ball shows examples of: