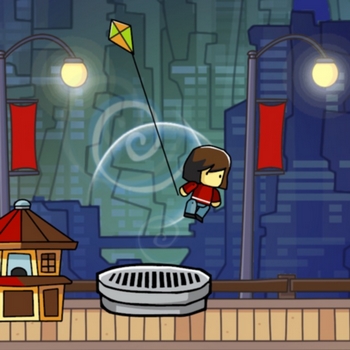 Sometimes, Jump Physics aren't enough to give you the vertical boost you need in a video game level. That's when conveniently placed air vents could come in handy — just be sure that they're switched on first. There may also be fans to blow you sideways.

If you're much smaller than the environment, being able to hover over air vents makes sense. In other cases, just trust that the vents are powerful enough to keep you buoyant.

If the vents are being harmful rather than pushy, see Steam Vent Obstacle. See also Gusty Glade where there are no fans visible. One of the ways to make a Spring Jump.