Son of an Ape 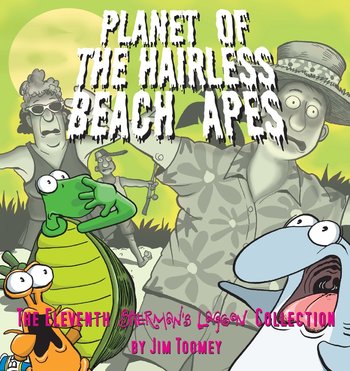 Nobody calls them "humans".
"And then God created...you. The little...hairless apes."
— Lucifer to Dean Winchester, Supernatural
Advertisement:

In many speculative settings, nonhumans characters will often use "ape" or "monkey" as a Fantastic Slur against humans (compare Call a Human a "Meatbag"). This is especially common in settings where humans are depicted as less intelligent or civilised than other sentient races. The Big Bad tends to do this if he's not human himself (or at least not anymore). When used by Starfish Aliens, it can sometimes raise questions if there's no basis for them to know what apes or monkeys are in the first place.

It's not always a strictly fantastical insult, either. Some humans use this to insult each other, often against ethnic groups they consider primitive and inferior, or simply against individuals they don't like. The insult implies that the human in question is uncivilized and indistinguishable from less advanced primates; compare "Neanderthal". Even in Real Life, primate-related insults are unfortunately used as ethnic slurs, especially by white supremacists against people of sub-Saharan African descent.

Primate conservation advocates have inverted this trope by likening apes to humans instead of the other way around. The argument goes that apes have intelligence similar to that of young children, so if you Wouldn't Hurt a Child, you shouldn't hurt an ape either.