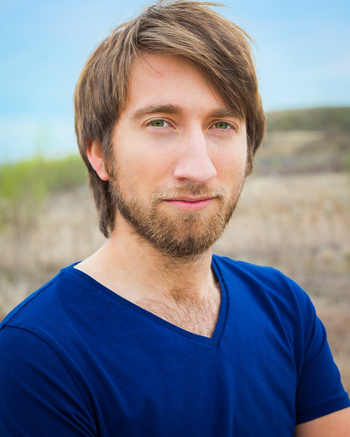 Gavin David Free (born 23 May 1988) is an English actor, director, producer, and cinematographer living in the United Statesnote He gained permanent residency in 2019. who is known for his work for Rooster Teeth Productions, their Achievement Hunter division, his own web series The Slow Mo Guys, the voice of Vav in X-Ray & Vav, the voice of Scarlet David in RWBY and starring as Woody in their first feature-length film, Lazer Team. Initially a fan of Rooster Teeth, he later went on to become a forum moderator before he eventually joined the company. Free is pretty much the definition of Promoted Fanboy. Known for saying some silly stuff every now and then, which causes the others to never let him live it down. On October 26, 2015, it was announced that Gavin has been promoted to Creative Director for Rooster Teeth,

although he later stepped down from the position in early 2016 to focus on The Slow Mo Guys. Back in 2007, he was credited in a single episode of Top Gear (UK) as a slow-motion cinematographer.