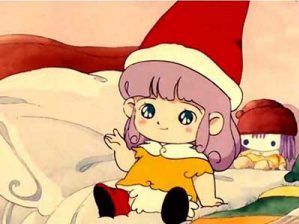 The main character is a tiny little girl named Memole (Memoru), an elf-like alien from a planet called Riruru. After their mini-spaceship crashes, Memole and her people start a new life on the planet Earth. Much of the story is about the friendship between Memole and a human Ill Girl named Mariel.