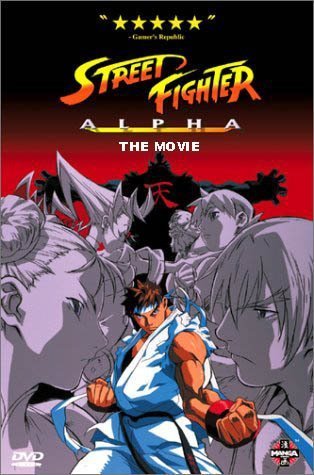 The film commemorates the tenth anniversary of the arcade release of the original Street Fighter II. It is not a prequel or sequel to either Street Fighter II: The Animated Movie or Street Fighter II V, but an independent installment, although a handful of voice actors from the previous adaptations reprised their roles for the English version.

The story starts when Ryu is thinking of Gouken's death, then intervenes in a shoot-out to help Chun-Li. Afterwards, he and Ken are contacted by a boy named Shun — who claims to be Ryu's younger brother! Neither is really convinced by Shun's claim, but they decide that there's no harm on letting the boy tag along with them. Things start getting hairy, however, when the three decide to enter the Street Fighter tournament: not only Ryu is starting to show more and more sympthoms of the Satsui no Hado awakening within him, but Shun's background and the people behind it start to unfurl...

Tropes in the anime include: